Since its formation in 1986, the Foundation has successfully provided additional funding for the College in many areas of need, including the construction of Helix and the Performing Arts Centre; the reburbishment of the John Morris Centre, the donation of land and funds for the Middle School and Health & Physical Education Centre; contributions to renovations of the Junior School’s Jean Gardner Wing and Mary Fox Performing Arts Centre, and the Robert Dean Senior Student Centre.

In May 2019, the Scotch Oakburn College Board agreed to establish the Foundation as a committee rather than a stand-alone company.  The key objective of the Foundation, of fostering philanthropy within the College, is unchanged. The College continues to support the provision of many scholarships and bursaries and contributes to various facility improvements.

Donations to the College are always welcome and appreciated.

The College thanks all those who contribute and share in the vision to continue to develop one of Australia’s leading schools for the students of today and into the future.

Donate via the link provided. or donations can be made via cheque or bank transfer.

Send a cheque payable to ‘Scotch Oakburn College’ to

A gift to Scotch Oakburn College in your Will provides a lasting contribution to education… perhaps the greatest gift of all.

The Bruce Carter Society has been established to honour and recognise those who have remembered Scotch Oakburn College in their Will, within their lifetime. It plays an important role for the entire College community, past and present, providing an opportunity to give the gift of education to students.

Scotch Oakburn College chose to name their bequest program The Bruce Carter Society after the first Principal of our amalgamated College. 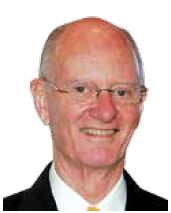 Dr Carter soon became a key player during the amalgamation of Scotch College and Oakburn College in 1979, and for the first five years of its history the coeducational Scotch Oakburn College was under Dr Carter’s skillful guidance and leadership.

Dr Carter is retired today; however, he has been one of Australia’s distinguished educators and school leaders. In 2002 he was appointed as a Member of the Order of Australia (AM) “for service to education as a Principal, Administrator and Educator…”

Membership to the Bruce Carter Society

Membership to The Bruce Carter Society is available to anyone who leaves a gift to Scotch Oakburn College in their Will. There is no requirement to declare the details of your gift.

There is no gift too large or too small. Your contribution will be gratefully received and valued. Being a member of The Bruce Carter Society allows the College to recognise your contribution and to thank you.

The law protects your rights to cancel your gift at any time should you wish to do so or circumstances change. If you already have a Will, all you need do to update your Will is to write a codicil – a legally binding instruction that effectively changes your Will without having to redraft a new one. This codicil is then attached to your Will.

We recommend you discuss your wishes with your family and consult with your solicitor before finalising arrangements to ensure your personal wishes are met.

There are a number of ways you can remember Scotch Oakburn College in your Will.

Listed below are four ways that you can make provision for the College. We ask that you consider these options and discuss them with your family and solicitor. You may also wish to consider and discuss with the College how you would like your gift to be used.

The simplest form of bequest is to allocate a specific sum. This, however, does not allow for any changes to the value of your estate and thus you may wish to  regularly review your Will.

You may choose to leave a percentage of the value of your estate, should you so desire.

After providing for your family or friends, you may choose to leave the remaining balance of your estate to Scotch Oakburn College for a purpose of your choice.

Your gift can be anything of value and may not be money. Property, shares, or other assets of value can all make a positive difference.

For more information on remembering Scotch Oakburn College in your Will, please contact Nicole Willcox, Community and Events Manager, on email: foundation@soc.tas.edu.au or telephone: (03) 6336 3368.