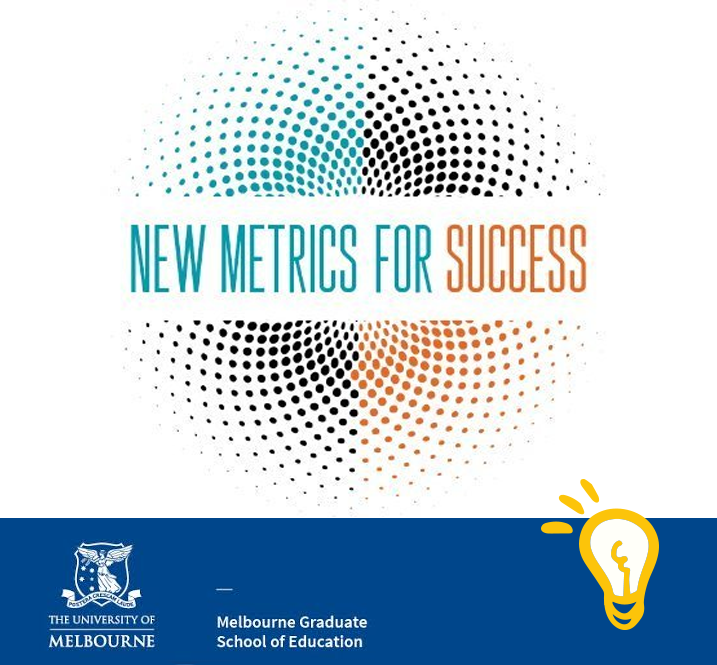 Scotch Oakburn College has started its quest to look for better ways to represent students, along with 36 other Australian schools and in a Research-Practice Partnership with the University of Melbourne Graduate School of Education.

“New Metrics for Success” seeks to transform what we value in schools. To reform the organisation of learning so that new learning ambitions can be realised needs new ways to track learner success. The collaboration project seeks to provide a better basis for assessing and improving learning. New metrics for learner success can be used to design better metrics for school success and thus for national success.

One of the principals of a partner school in Victoria, Prince’s Hill, noted that they aim to “partner with students on a lifetime journey of learning and discovery, so they may participate meaningfully and with purpose in a world they are already helping to shape. Children need to be able to collaborate, they need to be creative in their thinking and critical in their analysis.” Prince’s Hill is one of the 37 schools (including Scotch Oakburn) in the New Metrics project aiming to expand assessment for Australian schoolchildren beyond NAPLAN and the ATAR.

The New Metrics partnership was the subject of a feature article in The Age last weekend. The schools selected for this project have been described as “first movers” because they are already on a journey looking for something more appropriate for the 21st century. One of the researchers, Sandra Milligan, noted that: “the distinctive 20th-century version of schooling” – with its age-based year levels, standardised testing, exams and timetables organised around short classes in subject areas – is past its use-by date. Professor Milligan spearheads the university’s involvement in the project and she said the Australian school system was too narrowly focused on test scores as a measure of student achievement. “Vice-chancellors know that an ATAR is meaning less and less because it doesn’t address the kinds of things the community wants,” she said. “No one wants an accountant who just wants to know how to put the right numbers in the right columns. A graduate’s attributes are just as important as their knowledge of the substantive content.”

Partner schools will collaborate together and with university experts on developing credible ways to track a student’s development in areas such as critical thinking, collaboration, oral communication and even character.

Scotch Oakburn College has started 2021 with a major focus on our 10 Learner Attributes. It is intended that this is the start of a journey towards a meaningful Learner Profile that better represents the whole student when they graduate from the College. The SOC team are looking forward to using learning from this national collaborative project to move beyond the simple ranking of students, but instead to track their skills and competencies.